Becoming a professional-level singer means being able to sing all kinds of material, and to ably handle a wide range of styles. After all, mastery of a single song likely isn’t going to be enough to win you an audience, let alone a record deal. As such, Ken Tamplin Vocal Academy seeks to help beginner-level singers develop range and versatility; you can see that in the titles of some of Ken Tamplin’s videos, like “How to Sing Any Song.”

Now, a Ken Tamplin Vocal Academy student has really put that versatility in display—and in doing so, he has won acclaim from Rolling Stone, the world’s most prestigious music publication.

The student is Anthony Vincent, a talented singer whose training at the Ken Tamplin Vocal Academy has helped him become a major star on YouTube. He’s posted popular covers of many well-known songs—but it’s his performance of System of a Down’s “Chop Suey!” that has won rave reviews.

What makes his performance so unique is that Vincent actually sings the song in 20 different styles, emulating what it might sound like if it were sung by a litany of famous performers—including George Michael, Michael Jackson, The Beach Boys, and more. There’s even a Wu Tang Clan version! 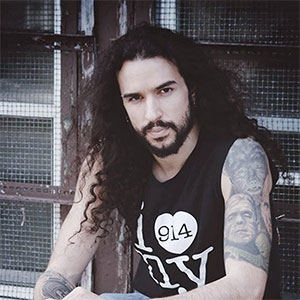 The video has won the notice of many music journalists and fans—including the good people at Rolling Stone. In fact, an article on Vincent’s “Chop Suey!” performance describes his skill as “mind-boggling.”

“Vincent crowd-sourced musical suggestions for the challenge and fans demanded to hear System’s manic single from 2001’s Toxicity,” the article states. “After opening with the original song with Serj Tankian’s howl, Vincent shifted stylistic gears on a dime, morphing the song into Thriller-era Michael Jackson to lush Beach Boys’ harmonies.”

Learn How to Sing Any Song