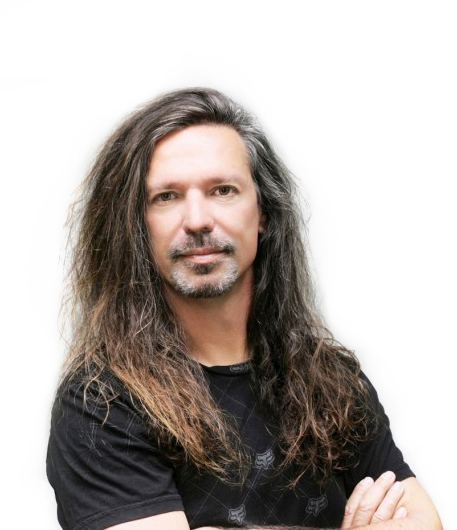 Ken Tamplin has always been known as a “singer’s singer.” Some have compared his singing to that of Lou Gramm, Paul Rodgers, David Coverdale, and his cousin, Sammy Hagar — and many consider his playing, songwriting, and production to rival the best names in the industry.

During his 35-year(-and-running) career, Ken has worn every hat in the music industry: singer, songwriter, producer, sound technician, performer, band manager, and coach.

He has fronted highly-acclaimed groups, such as Shout and Magdallan. And he has received invitations to sing for many popular groups: Motley Crue, Foreigner, INXS, Doobie Brothers, ELO, Black Sabbath, Accept, Peter Frampton, and even Journey.

Several years into his career Ken’s work began catching the attention of TV and film producers – which eventually led to him scoring and sourcing music for features such as Inspector Gadget, Perfect Storm, The Waterboy, Charlie’s Angels, Mod Squad, Wild America, Major League III — as well as a host of TV series, such as Melrose Place, 90210, The X-Files, Baywatch, the theme for Ace Ventura (Nickelodeon), Spin City, On Disney Now!, and Entertainment Tonight.

His philanthropic CD “Make Me Your Voice” on SPRING HILL/EMI 2003 included gospel legend Andrae’ Crouch and Charlie Peacock, and played a key role in the Presidential signing of the $300,000,000.00 Sudan Peace Act in October 2003.

Ken has two children who are both grown and out of the house, and happily resides with his wife of 33 years on the eastern tip of the big island of Hawaii. 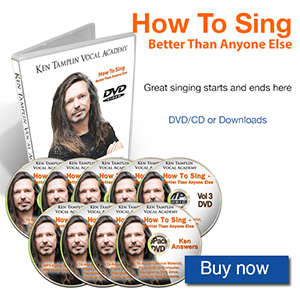