During our Sing It To Win It competition we got some great video entries and everyone ended up a winner.

One of the entries was from Gaston, who lives in Guadalajara, Mexico.

Gaston showed up for his singing lesson with Ken Tamplin, “I found it really enlightening, Ken is an awesome great teacher and made me see some flaws that i have to work on and im looking forward to take more lessons with him.

KTVA is great and by far the best vocal program on earth and believe me I’ve bought most of them!”

Everyone was surprised at how good Gaston was, so we decided to feature him – you gotta meet this guy and be inspired! 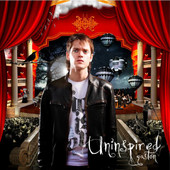 Gaston is a Mexican-Argentinian singer songwriter

With INBOX, Gastopn recorded an album (produced by Alex Perez “Ork” (ex-Azul Violeta Porter). They named the album “Ayer”. Several of these songs were heard on some radio stations in Guadalajara.

Over time Gaston decided to go on his own way and recorded his debut solo album, this project was characterized by being in English the production was carried out by Aldo Muñoz.
(Troker, Playa Limbo, Siddartha (Latin Grammy Best Rock Vocal Album Nominated 2008) among others.)

In this new stage Gaston toured Mexico and shared the stage with bands like Motel, Jumbo, Niki Clan Jessie & Joy, and Mikel Erentxun.

His album is distributed independently by Itunes, and Amazon

Nobody´s Girl won best music video at the “Festival Pantalla de Cristal”.
The single was promoted on several radio stations in Guadalajara such as RMX, Planeta and EXA FM 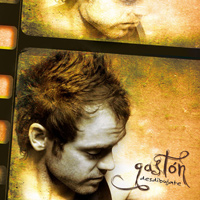 On this occasion the album was produced by Gaston.

In this new facet Desdibujate is characterized by being spanish pop rock songs that have been well recieved by both his audience and media.His first single is “Desdibujate.”

Gaston has just received a certificate in Music Business and Associate of Arts in Keyboards & Composition, and production from Musicians Institute in Hollywood California.